What Is A DJ Pool/History of DJ Pools

A DJ record pool is also known as a music pool. It is a centralized and regionalized strategy of music distribution where record labels send disk jockeys (DJs) music to play during their performances in night clubs and events like festivals weddings or even the radio.

In most cases, the record labels will send the DJ’s new releases. The agreement is that the deejays will not only play and market the new music but they will also give feedback on every release.

The DJ pool is made up of many DJ’s who join the distribution movement for a monthly subscription fee. The DJ’s will also have the legal freedom to play the music in their various venues. A DJ pool could be a physical brick and mortar facility or it could be virtualized through the help of the internet and computer technology.

DJing as a form of art started out during the early 1970s. Its purpose was to connect a listener to a music performance. The rise of its popularity increased the demand for records. However, the deejays did not have a legal, credible or specific channel to obtain new releases from record labels.

On the other hand, record labels had a hard time pointing up individual DJ’s and where they work so as to give them record releases. There was the issue of trust as well and as a result, they turned many deejays away. In 1974, David Mancuso, Paul Casella, and Steve D’Acquisto identified this problem and came in concert to create the first record pool in New York.

At first, it was a disaster. They held a meeting and brought together record label representatives and the DJs. The meeting ended up with yells and screams between the record companies and the disc jockeys.

Mancuso held a separate meeting with DJs at The Loft which was an invite-only meeting. He expressed the record pool intentions for fair distribution of music to all DJ’s. They came to a consensus and the first record pool was launched. Initially, it was a non-profit grass-root movement whose aim was to create an efficient platform for DJ’s and the music industry to exchange information.

In the 1980s and 90s, the regional record pools peaked to 150 in total. However, this number dropped as the industry evolved from vinyl records to compact disks (CDs) and Digital formats of music.

As the use of vinyl releases shrunk, the industry was using advanced music distribution technology. As a result, the record pools came to be known as music pools. These advances from Vinyl releases have transformed the pools both in nature and membership structures and practices.

As of 2017, roughly a dozen music pool organizations were still operating. They make a collective chart of the most popular music they have distributed. Almost all of the current existing music pools exclusively distribute music in digital formats to their members.

Some of the biggest record labels still use record pools today as one of their modern promotional channels. The number of DJs worldwide is huge and these record labels depend on music pools to reach them. Furthermore, DJs can rely on music pools to build their own careers. They will release their pieces into the music pool to get feedback on their individual work and gain exposure to the public.

The current music record pools have also evolved to become business entities. They gather in-house producers, editors and remixers to create music content. Later, they rely on their networks of DJs to release the music and gain feedback.

Some of these music pools have also ventured into news related to DJs and giving individuals advice and lessons on how to build a DJ career.

We also have platforms like afrobeat djpool that have concentrated on a niche. The platform is pure for afrobeat music.

Most of us will confuse platforms like Juno, iTunes, Google Play Music, Spotify and others as music record pools. However, these are actual stores and music platforms for individuals rather than operate exclusively for DJs.

They also offer the latest releases which are very important to a DJ. you will want to have the new hits first. New releases also market yourself as people will refer to a song they heard at an event you played until they have access to it. Furthermore, the music these platforms give you is DJ-friendly. This means that they will have the quality close to that of CD music in formats like Apple Lossless files, 320 MP32s, 256M4As and more. The friendliness of the music will also make it easy for you to mix as there are quick to edit versions with intros and outros that are easy to mix and synchronize.

You need to invest time to research the best digital pool. Digital pools offer all kinds of music. You will find R&Bs, Dance, EDM, Hip-Hop, Reggae, Pop, Christian, Country and all the others including Jazz. There are digital music pools that focus on specific genres and there are those that offer collective genres. Most Faqs on afrobeatdjpool.com AfrobeatDJPool is a platform that provides a subscription-based service for DJs and music industry professionals to access a large library of African-inspired music for use in their sets, performances, and other professional activities. The platform features a variety of genres, including Afrobeat, Afro-House, Afro-Pop, Afro-Tech, and more. Here are some common…

We have heard many stories both in Africa and abroad of the hardships artists and producers face. I have a friend who is an upcoming producer in the African music industry. He has talent but what issues could hold him back from pushing the keys with ease? What could hinder the singer with a great… 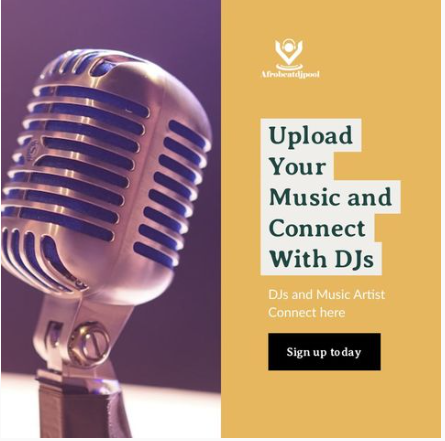 Afrobeat DJ Pool is one of the best DJ Pools in Africa and the World’s only afro-beat record pool. A Dj pool is a strategy and platform for music distribution. Artists, producers, and record labels will upload their music to record pools like the Afrobeat DJ pool, where DJs can easily access the music.  Previously,…

Music is the bread and butter of DJs. However, the field also has major challenges. One of these challenges is piracy which usually gets DJs in legal trouble. Piracy also affects artists and producers as they do not get their money’s worth. Record pools like Afrobeat Dj Pool , africarecordpool, africandjspool and xrprecordpool help to bridge… 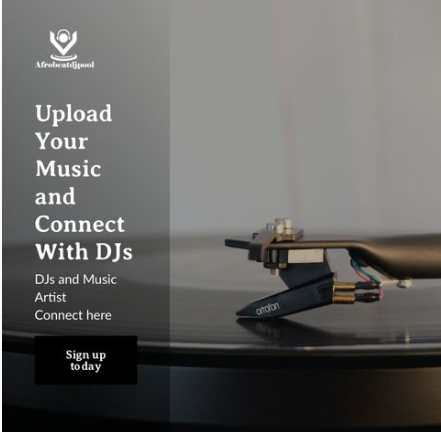 Radio stations have a large audience and influence. Thus, they can make a major impact on your career. They sample the hottest playlists and new playlists to their listeners. Many artists submit music to radio stations hoping to get some airtime. Radio stations need to air the latest music to keep them relevant. That’s the…

Despite being in an age when playlists are key and there is instant access to music, the radio and dj remains effective in reaching the masses. As a musician, you need to consider a lot when it comes to the marketing of your music. You need a social media platform where your fan base can…